Happy Monday!! This weekend I decided not to hold back with the craziness and it became a rather sleepless one :). Let’s dive right in.

The weekend kicked off with a trivia night happy hour at work – my group won and we each got $50! 🙂

Then it was time to get ready for a fun night ahead. A few days earlier, Christine mentioned Malaa would be in town and doing a set in deep Brooklyn. I hadn’t heard of him, but once I listened to his stuff and scrambled to find tickets, I was on board! It had been ages since I had gone to a house concert with Christine.

I first headed down to East Village to hang out with Christine one-on-one. She had lots of update me on during her past two weeks in D.C. We got ready together and then headed to SoHo to pregame with our group for the night.

Then, we headed to a Brooklyn venue called Analogue for the concert! It was beyond epic. It was so much fun dancing the night away with these friends. Everyone was having so much fun and non-judgmental. It was the best group I could have imagined for this occasion.

Malaa was amazing live. We found an awesome spot upstairs in the venue that had a lot more room and had a clear view, which is where we spent most of the night. We were so disappointed when his set ended and wanted to keep the party going! So we ended up in Williamsburg at Studio 299 after. We didn’t stay long as our energy was starting to wear off. By the time I got home the sun was coming up…an unforgettable night.

I woke up Saturday feeling surprisingly great. Christine and I met up for brunch to catch up over the night. We both needed the time to debrief everything, ha. It was nice to spend some more time with Christine before she had to head to D.C. the next day.

Afterward, Christine went home to nap but I decided to take advantage of the nice weather and walk around. There was a street fair going on nearby, and it was neat to walk around and talk to the different vendors about their hand-made products!

Then, I spent some time at the Union Square farmers market. Followed by chilling in Washington Square Park. I found this little ally in Greenwich Village that I had never seen before – it was so cute and picturesque and reminded me of Europe!

When I got home, I looked at the clock and had been walking around for 4 hours! Time flew just relaxing around the city. I originally was going to have an easy night in, but a friend wanted to meet up and get drinks, and so we met up in East Village for that.

Sunday: everything I love in a day

Woke up slightly hungover and had a light breakfast… 😉 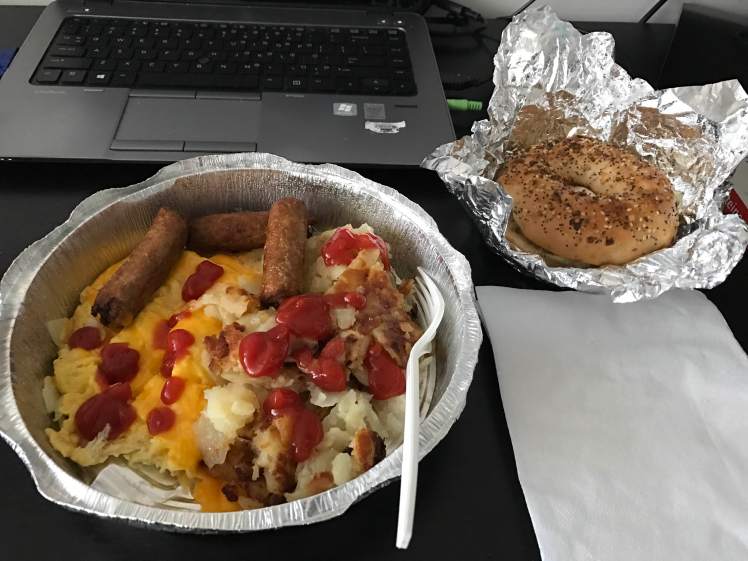 Then, Michelle came over and we fit all our favorite things into one day. We first went down to East Village and tried Chickalicious’s churros ice cream cones. My first time having then – delish! 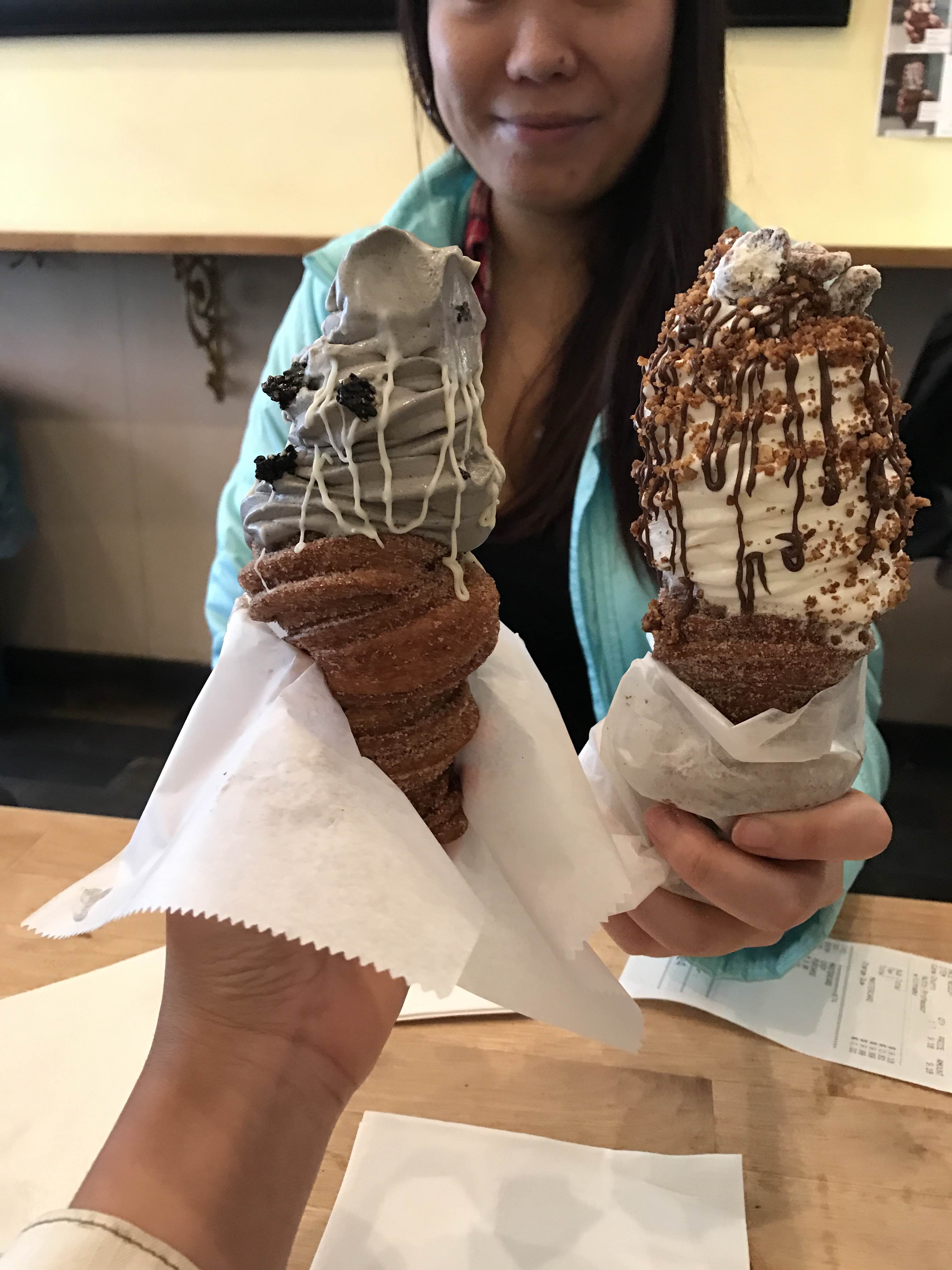 Then, we went to the kava tea bar to relax. She got to meet some of my closest friends at the bar which was a treat 🙂

The rest of the evening we relaxed at the apartment, ordered food, while I did some apartment stuff (showing my current apartment, talking to my SF roommates about our new one…). It was so nice to have company during all of it.

After Michelle left, I unwinded by watching Nike’s sub-2-hour marathon attempt which took place on Saturday. It was so inspiring to watch. They tried to create the ideal race condition with pacers, a flat course, customized fueling for the 3 runners…the final result was 2 hours and 25 seconds. SO close!! You can watch the whole thing HERE.

Hope you have a great week! 🙂