The weekend started off on the active side with a power yoga class. Work is FINALLY calming down a bit, but after the work week I was still craving nothing more than to let off some steam with my new favorite type of yoga.

Afterwards, I was planning to have a solo-movie night in, but then Julia, Rahul and I spontaneously got together for a chill evening of drinking wine, listening to music, catching up and kicking back in their cozy apartment in Russian Hill. Our friend Kevin also joined the fun! We lost track of time and stayed up ’til 1am together. I was oh-so grateful for this last minute get-together; the evening turned out to be so much more lively and fun than I originally planned alone. 🙂

Saturday: boozy brunch round two + night out at Raven

What better way to start Saturday than 6 miles? I’m still figuring out what race to aim for next, but in the meantime I can’t seem to get out of the habit of long-run-Saturdays. Even when you’re not training, doesn’t the weekend feel incomplete without a long run sometimes? 😛 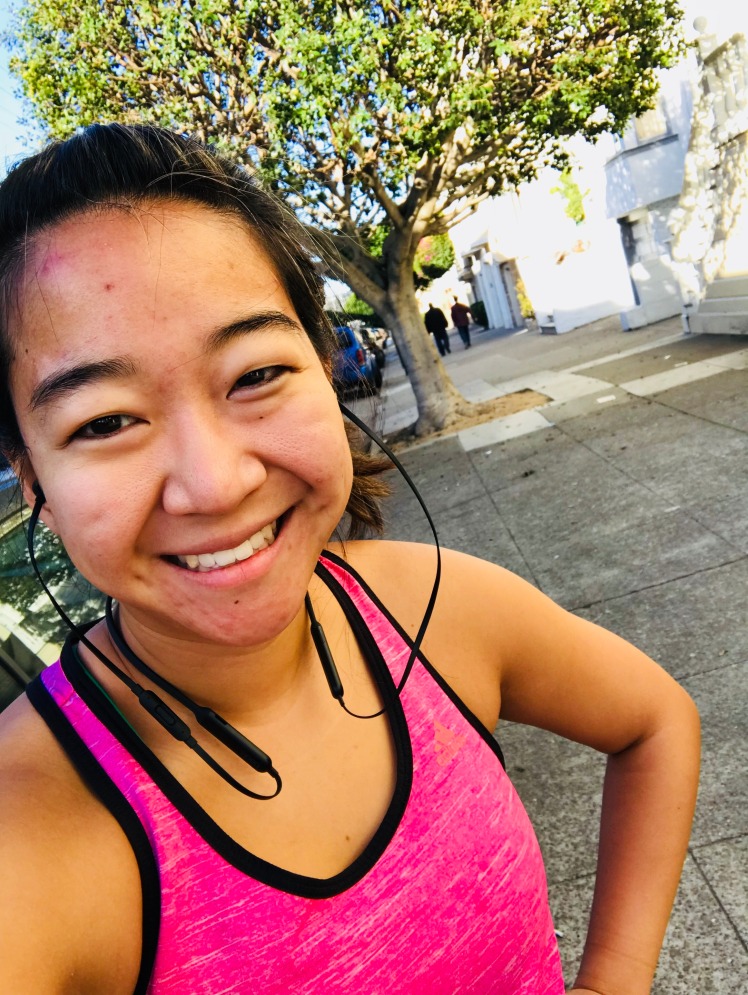 The rest of the morning, I caught up on some errands and had a nice-long phone call with Michelle (a nice break from our voice memos to talk live!). Then, I walked over to North Beach for yet another boozy brunch, this time at Chubby Noodle, which is known for their bottomless dim sum + mimosa deal. Kim organized the brunch with some new girlfriends. Given last week’s extremely intoxicating boozy brunch, I knew my body could not handle a repeat, an so I limited myself to 1 mimosa with lots of yummy dim sum 🙂 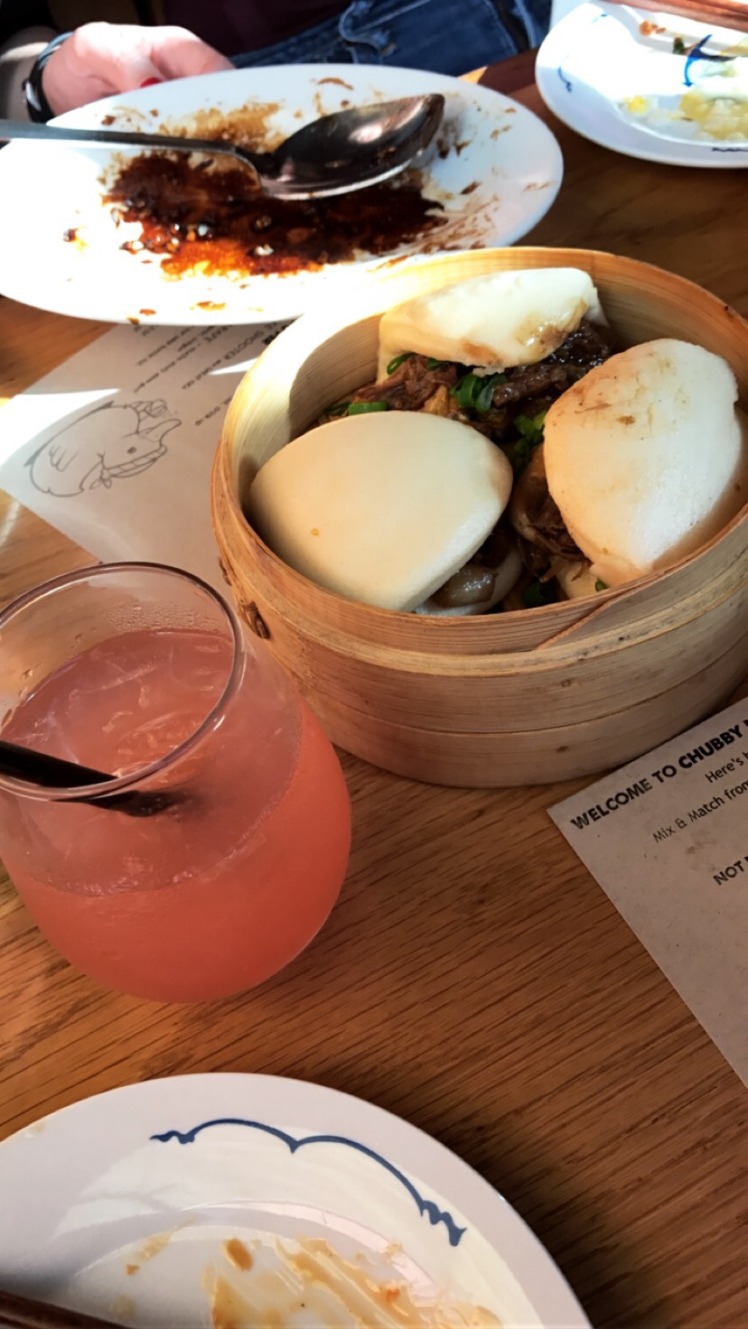 At brunch was a bunch of Kim’s girlfriends who I’ve started to hang out with lately. I’m so loving the time we’re spending together. They are a bunch of down-to-earth girls (and mostly NYC transplants as well!) so we had plenty to chat about. 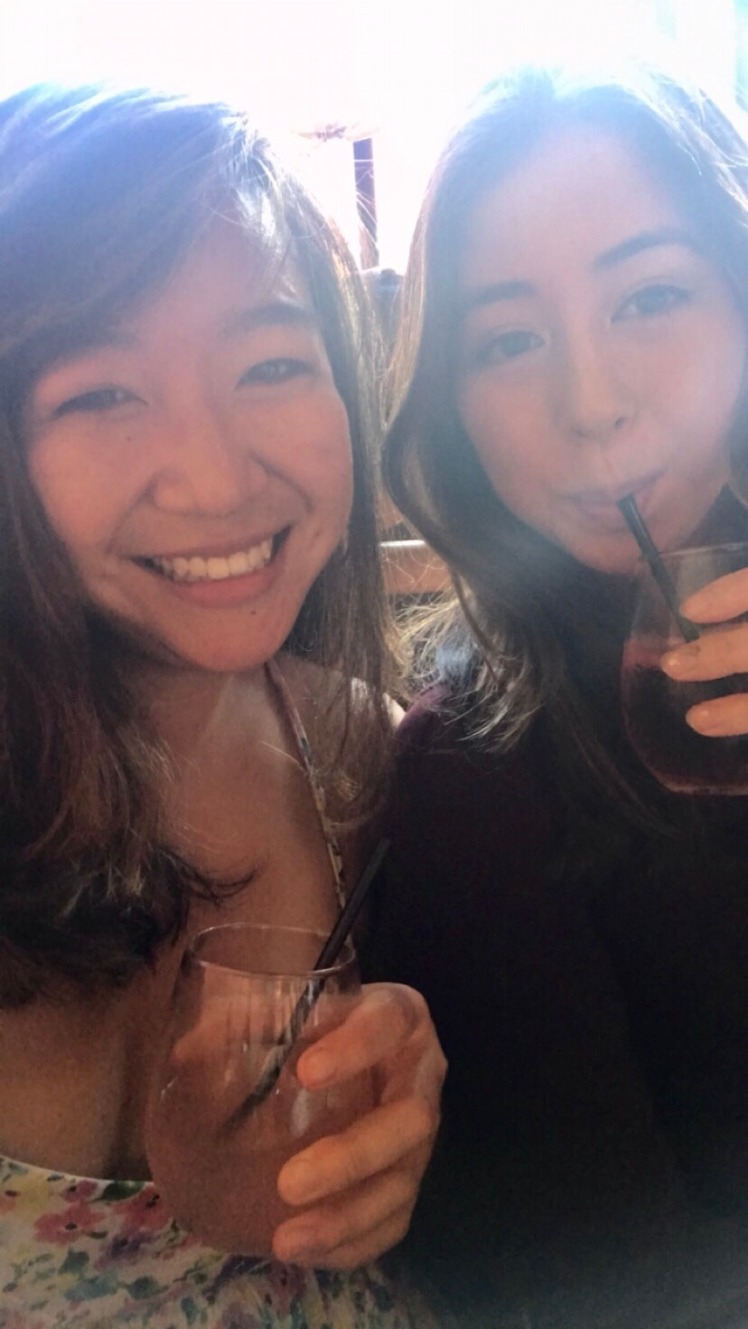 Despite just having 1 drink, I was pretty pooped after brunch and needed a few hours of “me time” before the night ahead. I took a nap at the apartment, watched an episode of Black Mirror, and then it was time for a night out with the girls + the fam all together.

We all met at Rene’s apartment in SoMa – for all the time I’ve known Rene, I hadn’t seen her apartment until Saturday, and it was BEAUTIFUL. We hung out on her rooftop and got a few drinks in us. I love how well our girl gang and the “fam” all mesh and how much we’ve been doing activities together lately – to say I was in a good mood is an understatement 🙂 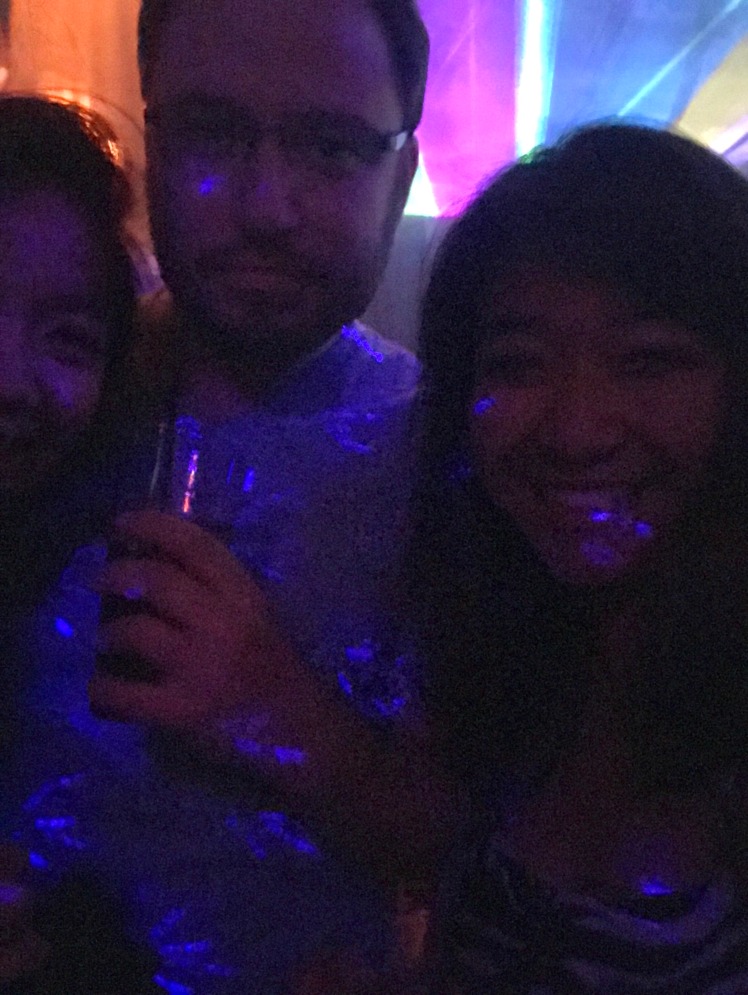 Then we headed a blocks own to Raven bar, one of me and Anna’s favorite bars in the city and known for playing throwback hip hop. We all had a blast dancing to our favorite songs growing up. Funny enough, as people in our group left one by one, it ended up being the single gals who stayed to the last call! 😉

To not much surprise, I slept in Sunday which was much needed. It took a while to gain some inertia to the day, and so I decided to take advantage of the beautiful weather and head down to the Haight to hang out at my secret spot: the kava bar. 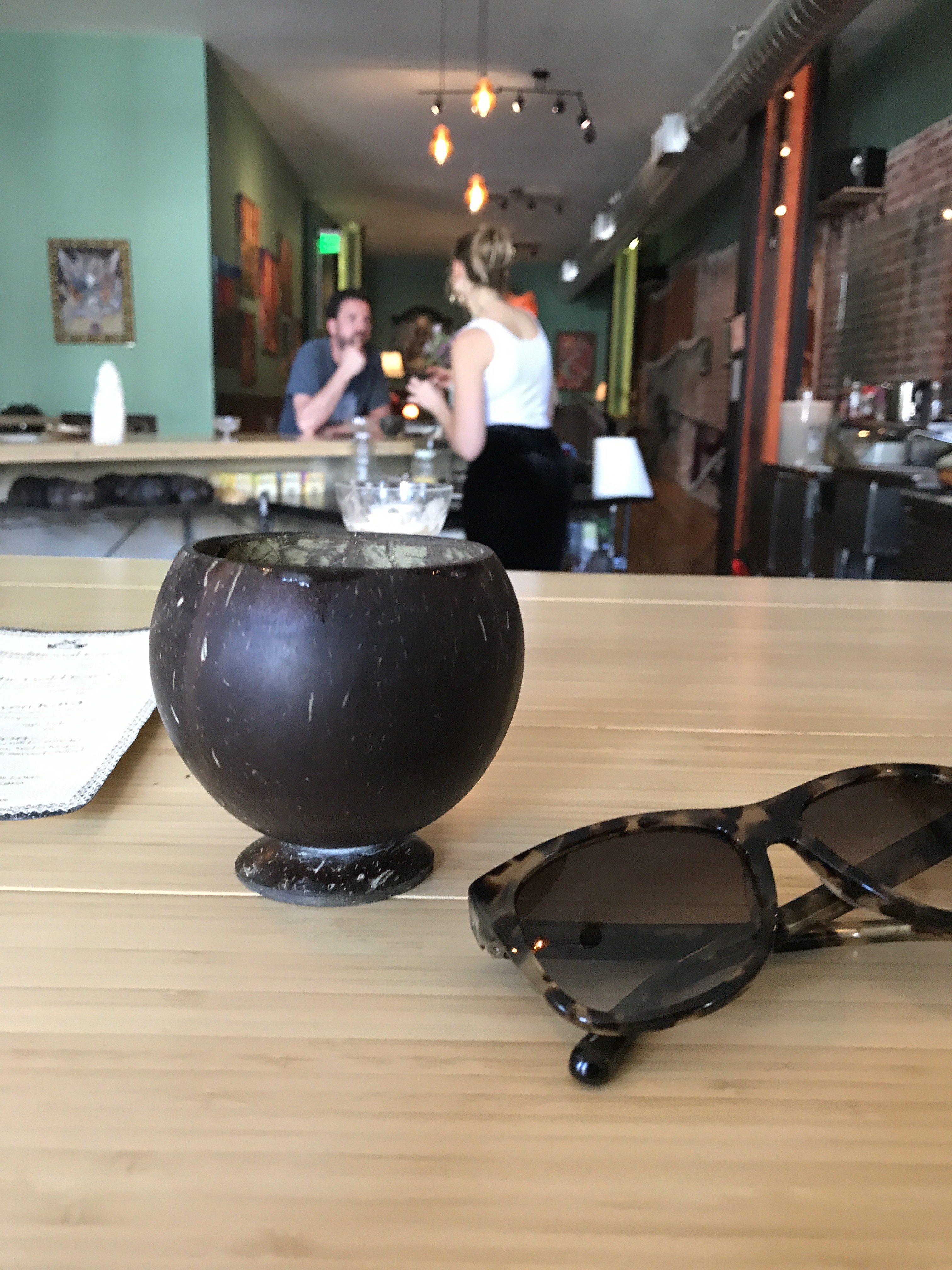 Followed by sun bathing in the Alamo Square park. I had the perfect view of the Painted Ladies while munching on some girl scout cookies – bless the girl-scout entrepreneur for selling them in the park! 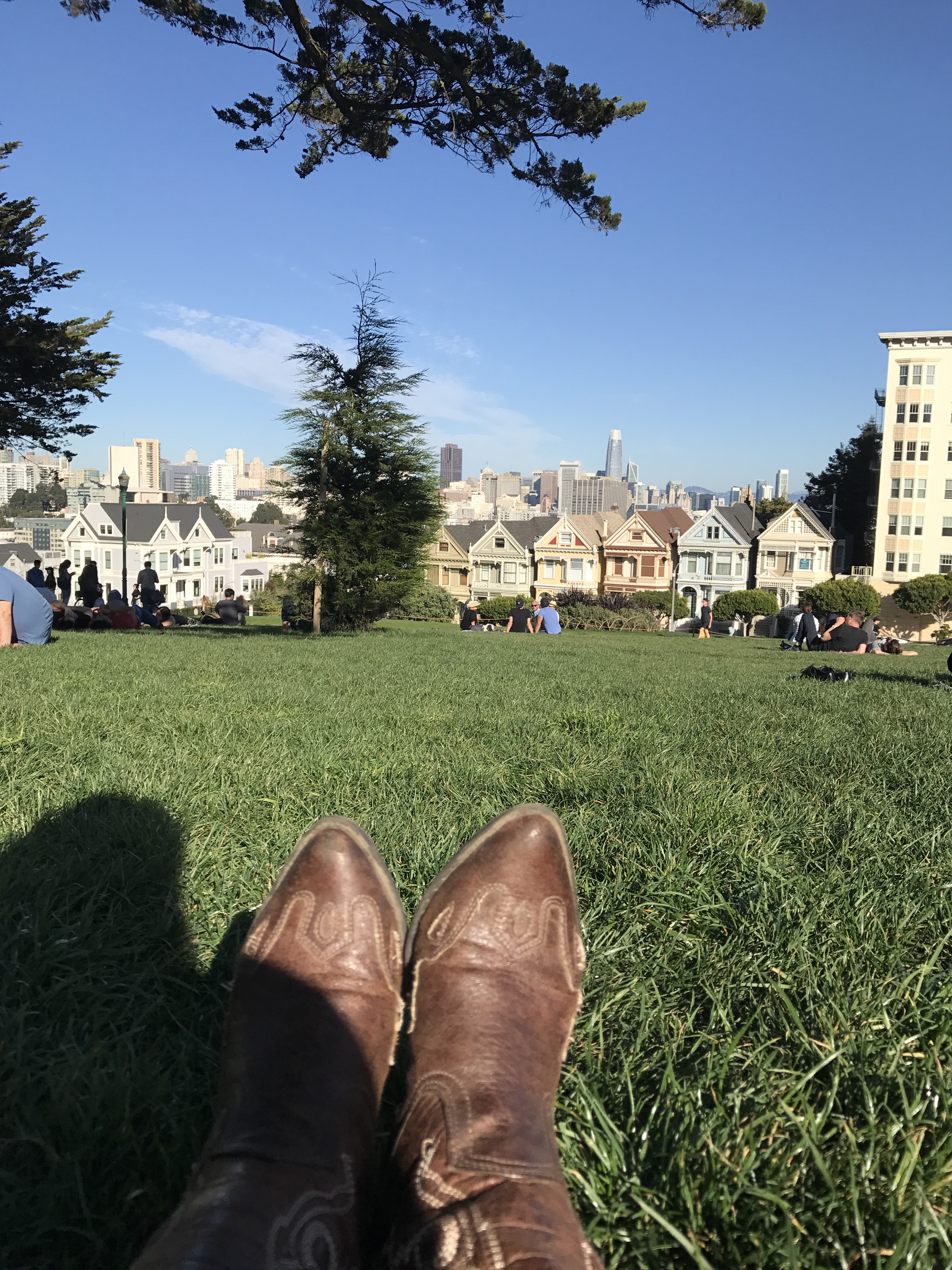 Then, my old college suitemate, Alex, joined me at the park to catch up for the first time in SIX MONTHS. We both couldn’t believe how long it had been since we saw each other (time just flies by!) and we’ve already made plans for next week so this won’t happen again 😛

It was SO heartwarming to see Alex. We’ve been friends since college and it’s always a breath of fresh air to be with someone who’s known you for so long. Most of my closest friends at this point were made in the past year in SF, and there’s just so much history and personality nuances that only old friends can ever know…in any case, Alex and I had so much to catch up on and chatted away until the sun set in the park. 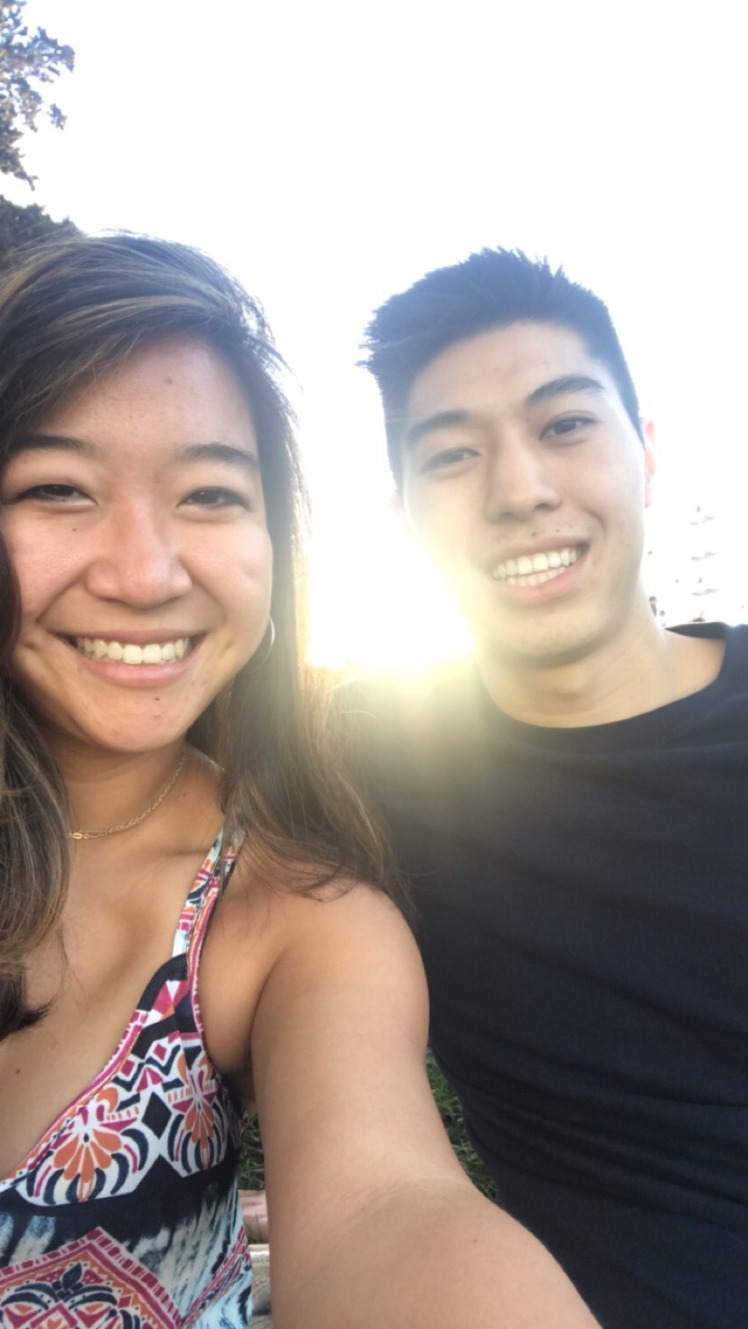 Then, we headed to his apartment in SoMa to catch the tail end of the superbowl. Man, was it an exciting game!!

Grateful for all the events this past week and to finally have some down time from work. I’m also in the process of booking some trips which is providing a lot of excitement right now. I love that the start to the year is a blank slate on the calendar, and now it’s time to go out there and do ALL the things 🙂

Have a wonderful week, friends!