It’s been a week since my marathon and life has really had a 180. I basically took a full week off of exercising last week and it felt amazing to have the mental break and sleep in every morning. It’s been a weird shift going from working so hard the past few months to total freedom again.

Right after the race in Oregon, I took a flight to Austin for a work trip. It has been non-stop traveling the past few weeks. I counted and I took TEN FLIGHTS over 2 weeks –> 5 cities total in every corner of the country! Austin was my last stop of this hectic period of travel. 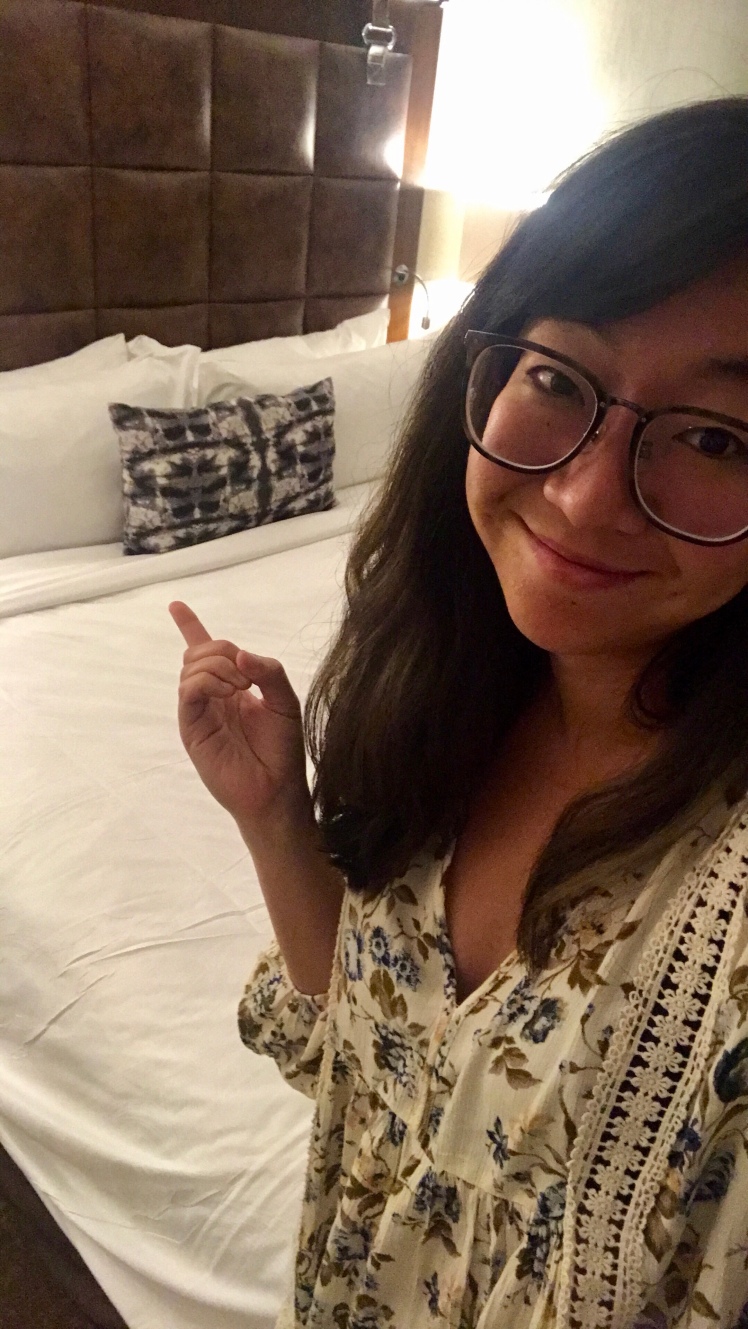 My trip to Austin was a short, sweet and productive one! It was one of my favorite work trips yet as my client was super fun and welcoming. After a long day of meetings, we explored 6th Street of Austin (my first time in town) and bonded over yummy food and wine. 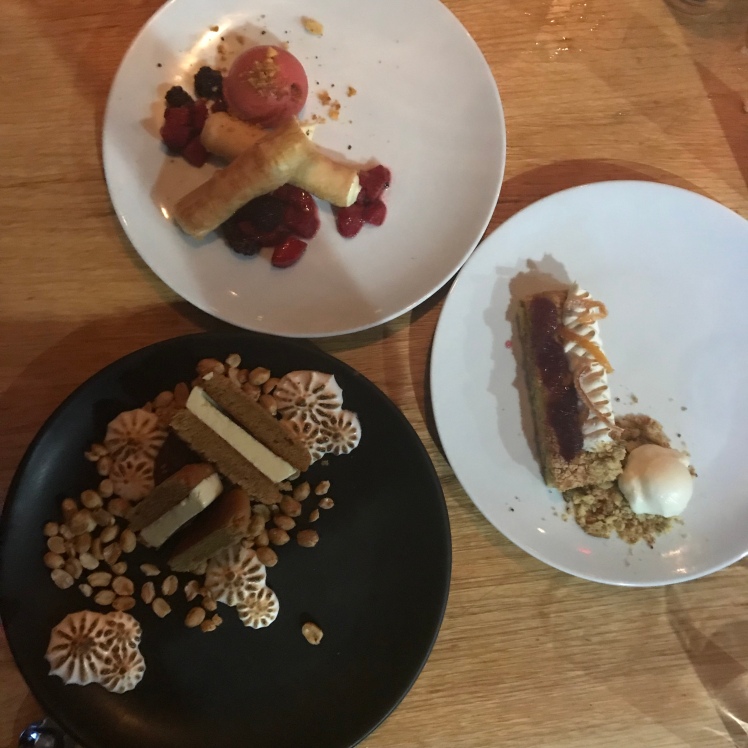 After returning from two straight weeks of travel, I was pooped. I spent most of the week catching up on errands and enjoying the little things in SF that I missed while I was gone. I spent one evening watching the sunset in the Marina; it was so simple but brought so much joy to my week.

By the weekend, I was recharged and ready to go crazy especially after being gone for so long and not drinking for an entire month before the marathon.

On Friday after work, I stopped by the kava bar, and my favorite worker, Jo, was on her shift. We caught up over our weeks and she spontaneously invited me to her birthday party that evening! I didn’t have any plans and was eager to meet some of Jo’s friends at this vegan potluck in her co-op in NoPa. Her friends were super unique and it was great to see some familiar faces from Kava Lounge. So glad to have several close friends, including Jo, from our favorite spot <3.

Saturday was a gorgeous day, and I wanted nothing more than to spend my first free weekend in SF in a while by doing all my favorite things. I went for a short run in the morning, made myself lunch, and headed right back out for a long walk around my favorite neighborhoods: The Haight, Bueno Vista Park, the Castro, the Mission…so refreshing spending some “me time” on this beautiful day. 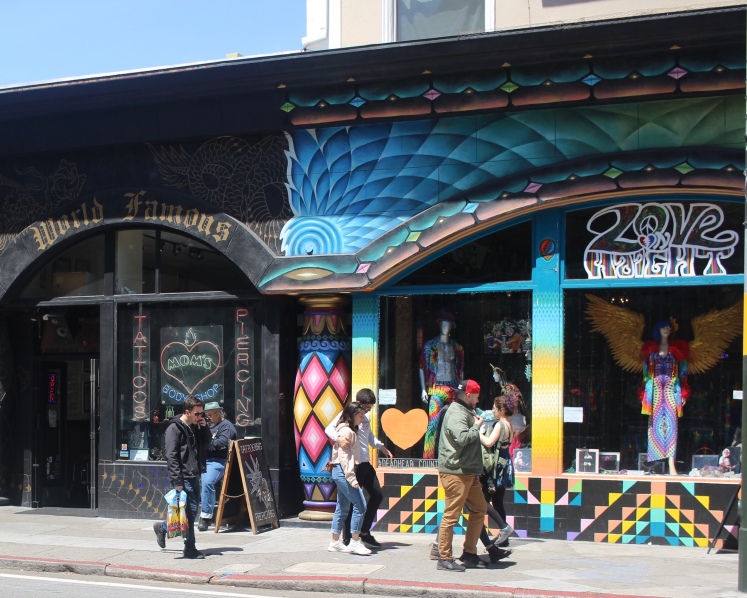 Spent an hour at a Cinco de Mayo festival going on in the Mission.

Later in the afternoon, I got together with Viggy and Karan for some spontaneous drinks for Cinco de Mayo. We all wanted to get some sun and chose our favorite rooftop bar in the Mission, El Techo. I hadn’t seen the guys in a while and it felt so good to catch up again and do what we do best —> party! 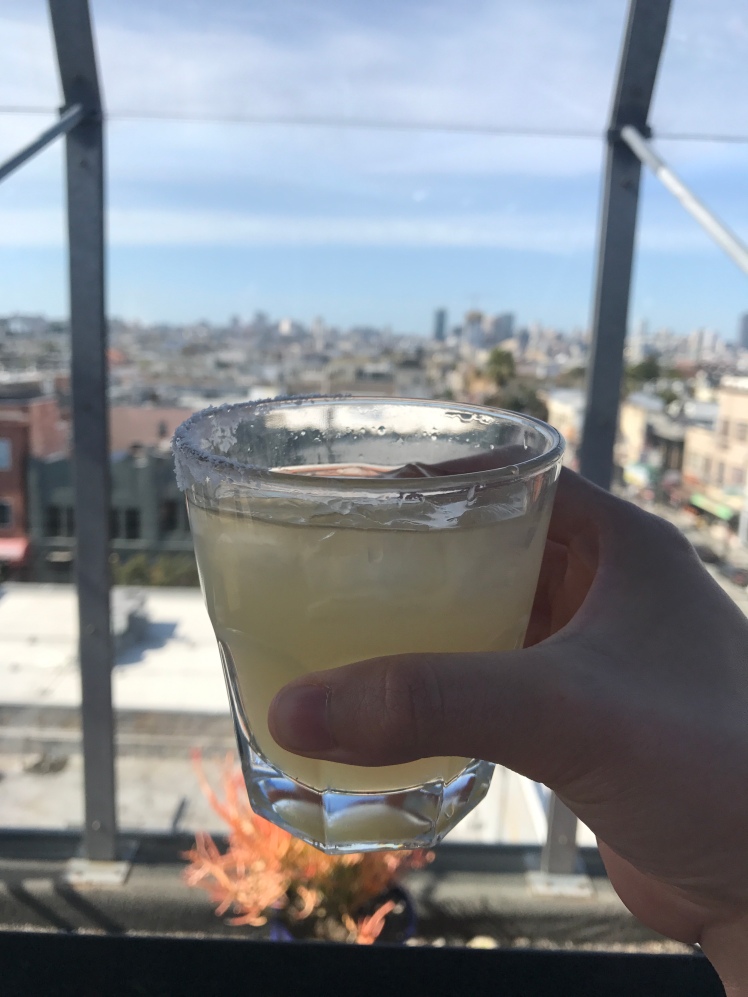 We bought pitchers and pitchers of sangria, margaritas…it was a gorgeous day and the perfect excuse to day drink.

From one bar to the next. We watched the Warriors game in another spot in the Mission. I can’t believe it’s already approaching the end of the NBA season, I feel like we were all JUST watching the finals together last year!

The night ended with some more chilling at their apartment in the Marina before calling it a night. Being with the guys is always a fun time, but I do tend to push my limits physically! I realized that I was probably overcompensating from not drinking at all the past month…in any case, I’m glad I got some partying out my system this weekend. Also good thing we were drinking during the day so I was in bed by midnight…

Despite an early bed time, I still woke up pretty hungover. I eased into the morning with some Netflix and inactivity, and then it was time to rally for one last party of the weekend: a coworker’s “Cinco de Drinko” party! I don’t think I’ve ever celebrated Cinco de Mayo so much…

On our Austin trip, I got pretty close to my new co-worker friend, Lily, and so I was super glad when she invited me to her party. I met her friends from SF/college and even some others from our company joined. Lily went all out and made tacos, margaritas…she even bought a cupcake piñata and filled them with little alcohol bottles, so fun!

Lastly, I want to share some change of plans…originally, I had a solo trip to Sri Lanka planned for the end of this month, but after the Easter bombings, I decided to cancel my trip…I made me sick to my stomach hearing about this tragedy, and my sincere heart and prayers go out to Sri Lanka…<3

Even though this was a really terrible event, I took it as a sign to change my plans. I’m now heading to the Philippines in 2 weeks!! I had my eyes on the Philippines for later this year so thought it was the perfect plan B. I have absolutely nothing booked except for my flight – that’s the way I like to solo travel as this blog knows ;).

I’m aiming to enjoy life here in SF these next two weeks before my trip. I’ve been working/training so hard that it is SO time for a break! I see the Philippines as the “celebration” of the past few months and marking the start of summer. Things are looking up. 🙂