This weekend had a lot going on – the highlight: hiking in the Catskills! It always amazes me how much ground you can cover in a few short days. Overall, this weekend was just what I needed 🙂

The beginning of the day was primarily planning for the hiking trip with Phil, Scott and Alex. They’re really good friends from work – we even go back to being interns together! We’ve done trips together before, most memorable being hiking Acadia National Park last year. We’re all super similar with our tastes, fitness level, and love for hiking, and they are the perfect crew to go on these outdoorsy adventures with :).

Given our last minuteness and peak season for hiking, we couldn’t find a decent hotel near the Catskills Mountains, and so I invited the guys to stay at my house upstate! I was already there for the week, it was only 1.5 hours from the trails, and it doesn’t hurt saving some extra bucks.

They rolled in around 10pm, and we had a super chill evening of eating watermelon, drinking whiskey, and chatting away. They’ve actually been to my house and met my family before so it felt like home 🙂

The alarm clock went off at 6:30am to get ready for the drive and beat the heat. We stopped at McDonald’s for breakfast (the BEST), as well as the gas station to buy some things to munch on. Finally we reached the trail head of Giant Ledge/Panther.

We got SO lucky with the weather. It could NOT have been better: 75-80 degrees, shady, breezy, not humid, a huge transformation from the never-ending heat wave we’ve been dealing with in NY.

The trail itself was SUPER nice, one of the best trails I’ve ever done. It wasn’t too strenuous – the beginning had some steep climbs, but after 1 mile or so, it was pretty flat. The trail was pretty rocky overall which made it fun to maneuver around. Best were the lookout points – every .5 miles or so there were ledges with amazing views marvel at. 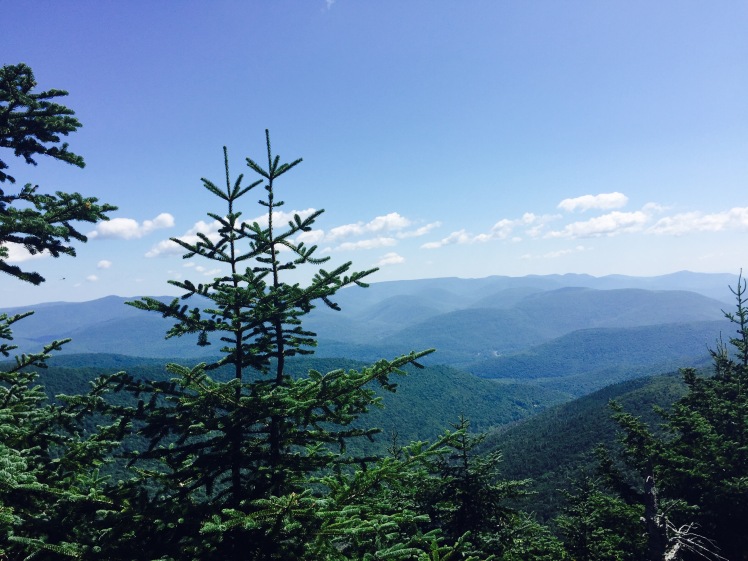 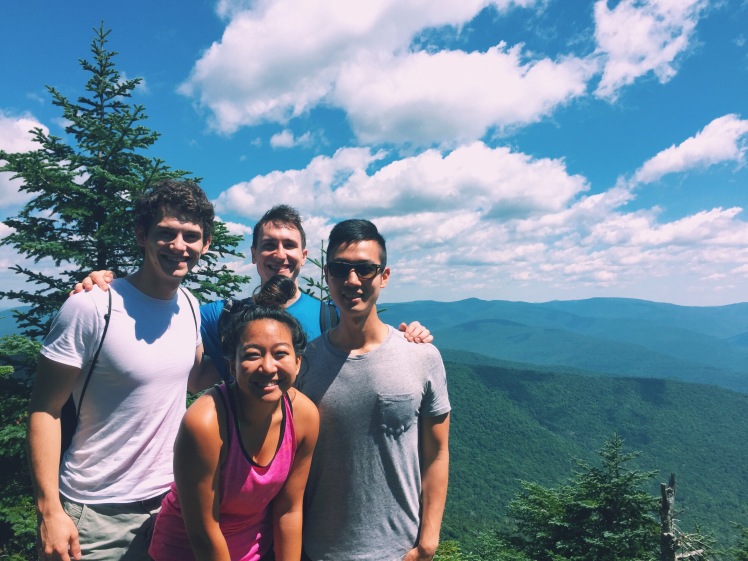 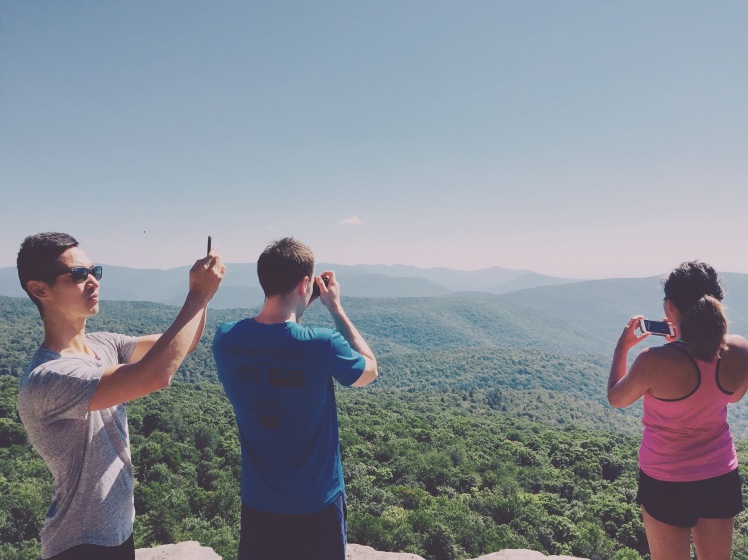 The trail was 6 miles total and an out and back. It FLEW by!! The four of us were chatter boxes the entire time, the scenery was gorgeous, it definitely hit my happy spot :).

Afterward, we changed our clothes, took down the roof of Scott’s convertible, and drove off! So lucky to have a friend with a sick car in the city…we LOVE cruising in the BMW.

For lunch, Phil brought up Olive Garden…umm yes?!?! I actually had never been before, but a big plate of pasta sounded like everything I needed. It was quite the event experiencing OG the first time…I thought it was super yummy and one of the better chains out there.

Before we knew it, we were back in NYC. Womp. Such a contrast being in one of the most peaceful places imaginable and back to craziness. Another A+ outing in the books with these guys!

After a quick nap, it was time to head to east village for Christine’s house warming (or as she called it, her house breaking 😉 ). It was a really fun time!! Mostly filled with hanging with friends from work but also meeting new friends as well. After the housewarming, a few of us stayed around the village to continue hanging at a few bars. It turned out to be one of those nights where you plan to take it easy and get be in bed by midnight, but end up staying out til 3am…a solid definition of a successful night :).

I woke up having no will to do my brick workout in the morning, so I postponed it to evening. The day was a productive one, filled with studying, some work, Iceland research, and napping.

By 6pm it had cooled down a good amount and I was off on my bike! I planned to do a similar workout as last week’s long ride – a few loops in Central Park. But by the time I got to the park, I spontaneously decided to hit up Christine for dinner, and so I factored in the miles to get into East Village and cut my bike ride short in the park. C-park during in the evening is the absolute best – no sun beating down on you, calm, and beautiful. I may have to do more workouts in the evenings just for that 🙂

Dinner with Christine was lovely as usual. We both had late lunches and weren’t too hungry, so we decided to just get some smoothies and fruit. We caught up on the previous night and the state of our lives…my heart is always happier after spending time with her ❤

Then another few miles back to the apartment, and voila! My Sunday long ride done 🙂