Back when I was looking for Thanksgiving weekend plans, I decided to book a solo-trip to Santa Cruz to take surfing lessons (and because the last thing I wanted was to be alone in my apartment all weekend). When I found out Karan and Matt were also Thanksgiving strays, my solo-trip became turned into the three musketeers for the weekend!

Friday: hiking in Wilder Ranch + night out in Santa Cruz

We got an early start on Friday to drive down to Santa Cruz. Matt drove the whole way without a GPS – super impressive for our degrading millennial generation! 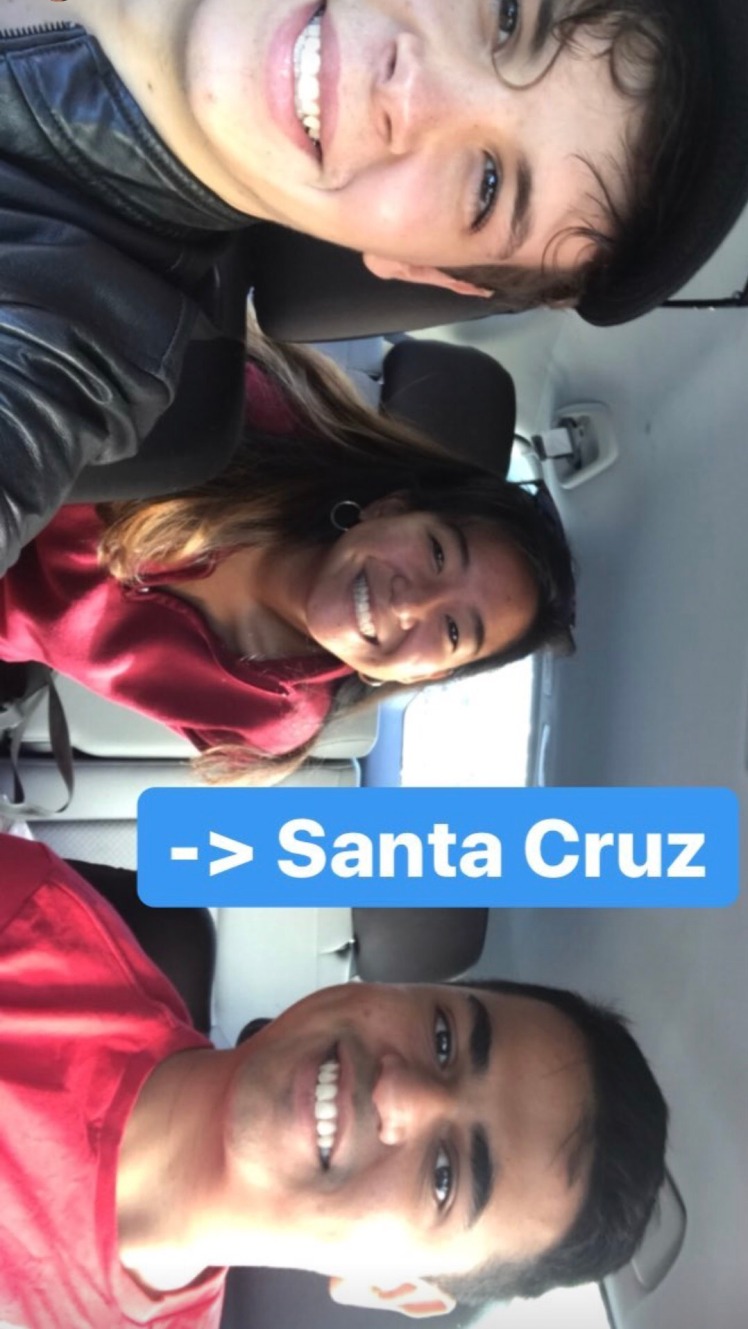 We arrived at the heart of Santa Cruz and had brunch at a small cafe on the boardwalk. After being nicely fed, we drove a short 20 minutes to Wilder Ranch State Park for a moderate, 8-mile hike. The sun was out on the beautiful, 70-degree day –> perfect hiking weather.

The hike was mostly exposed with some shaded tree-filled areas with really lovely views over Monterey and the ocean.

Time flew as we discussed hypothetical questions, debated politics, told stories (Karan is the most entertaining story teller!)…never a boring time with these guys.

Thug shot on the train tracks.

The best part of the hike was at sunset. We finished up right by the cliffs and the purple-pink hues of the sun really hit the spot. We sat on the cliff and soaked in the views. 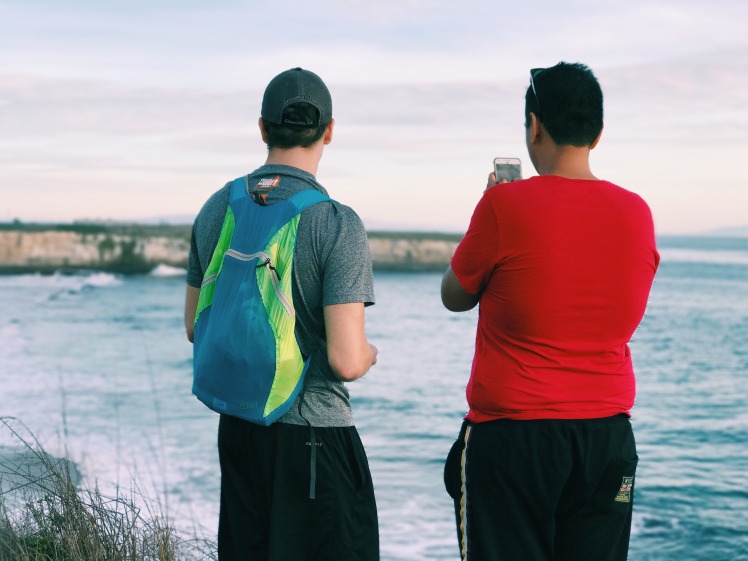 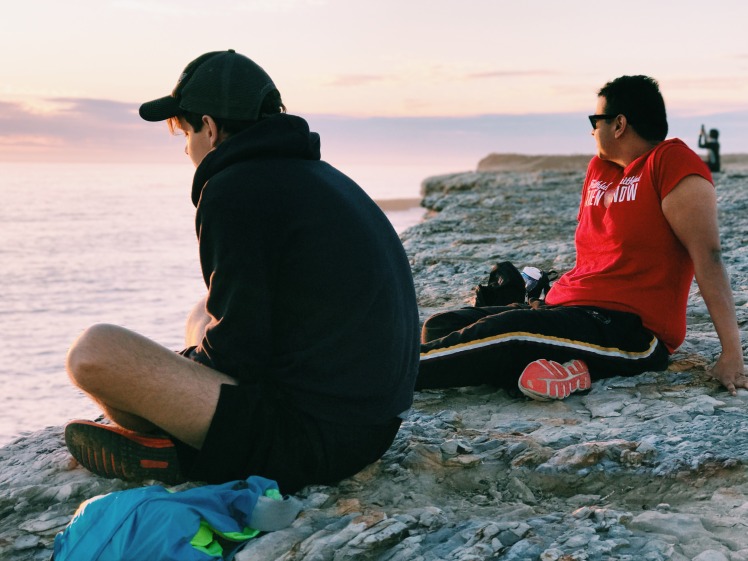 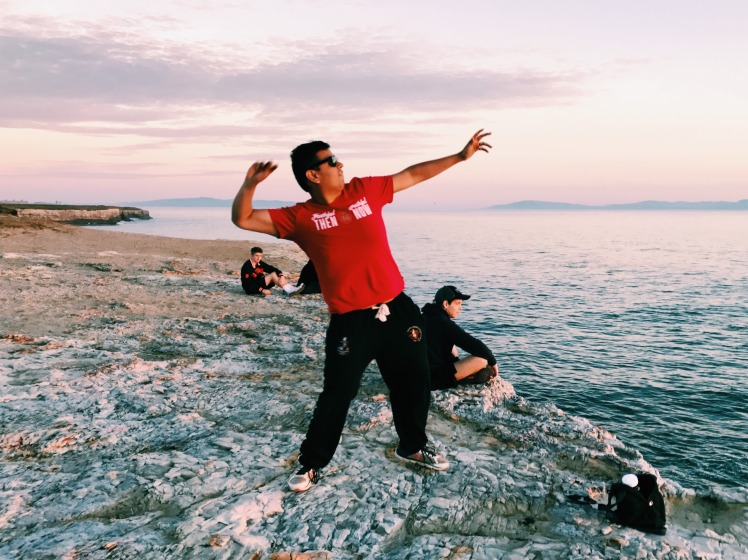 My heart was in a very happy spot by the end of the evening. We drove back into town, checked into our hotel, took a quick break, and went right back out for a fun night ahead 🙂

Dinner was at a laid-back bar with a large area of pool tables. We unwinded over beers and a few rounds of pool (which both of them completely dominated me in :P).

We were originally going to have a chill night given our early morning surfing lesson the next day, but something switched in the middle of our third game…we all got a burst of energy and decided make it into a night.

Next we hopped to another bar closer to the beach to continue the drinking and fun. There was absolutely no filter and we just let go what was on our minds. I love that we can all just be ourselves around each other ❤

One our favorite things to do in the Marina is to chill on the beach at night, and so it seemed fitting to end our first night on the Santa Cruz beach 🙂

The alarm went off at 7:30am on Saturday for our surfing lesson. Quite painful, but we all rallied hard to hit the waves. We met up with our instructor at the boardwalk only to find that the waves on the Santa Cruz beach were not at all happening today. So instead, we drove 20 minutes to Beer Can Beach in Aptos which turned out to be the BIGGEST blessing in disguise because the beach (despite its name) was BEYOND beautiful. We basically had the entire beach to ourselves and our instructor said these were bigger waves than we could have gotten on a normal day at the first beach. Perfect for our first time surfing! 🙂 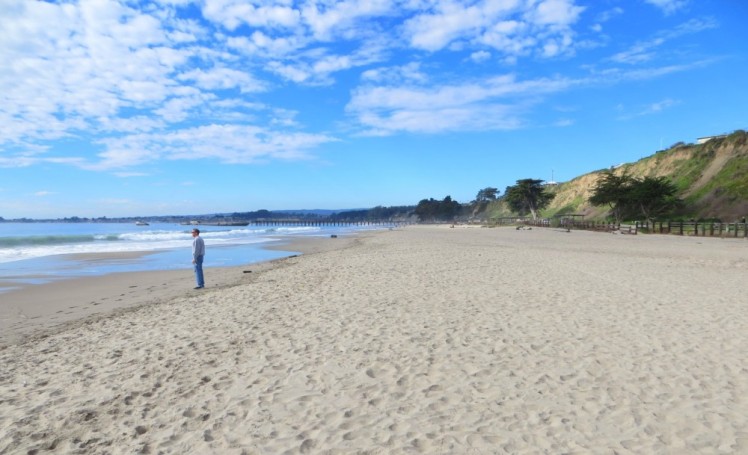 I wish I had some photos from surfing because it was honestly such a highlight of the trip. It was WAY funner than I had expected. The hardest parts were timing catching the waves, swimming through the break of the waves (which really roughed me up after a few times of being knocked over!), and of course standing up on the board.

But other than that, relaxing on the board in the deep ocean, patiently waiting for waves, talking and swimming around…every part of that made me so happy. I love that surfing can be as chill or as exciting as you want. There was Matt who was trying to catch every wave, while me and Karan were more on the lazy-relaxed end. We all had the time of our lives out there 🙂

After an A+ morning of hitting the waves, we were pretty exhausted. We ate some burritos and went right back on the beach for a lazy afternoon of napping, tanning, walking around, and eating ice cream.

The rest of the evening was pretty low key. We spent some time at the hotel hot tub, followed by treating ourselves to a lovely Italian dinner with a bottle of wine where we chatted away about history and religion this time. I just love talking with Matt and Karan because their minds are just so impressive and I always learn something new.

We then had a few drinks at a small jazz cafe before calling it an early night.

Sleeping in on Sunday felt amazing. Before checking out of the hotel, I gave the guys some henna tattoos (another one of my secret talents!)

Then, we drove a short way north on Highway 1 to reach Shark Fin Cove, a remote beach with very gnarly cliffs, rock formations, and small caves. It was a dreary, drizzling day but the views were still to die for. 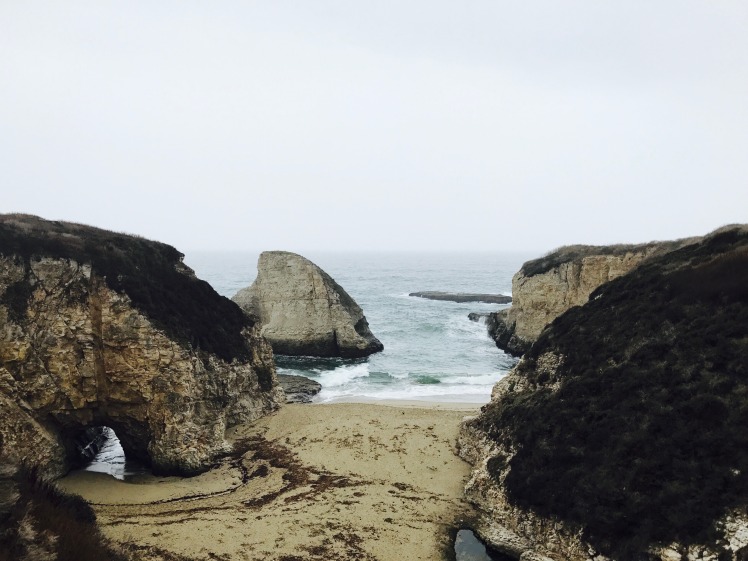 Aftewards, we weren’t ready to end the weekend, and so we made a pit stop in Davenport to hang out at Boony Doon winery. We did their wine tasting which was one of the best ones I’ve ever had (maybe because there were a ton of sweet wines :P). My favorite was their “brosé” wine, simply because of the name 😉 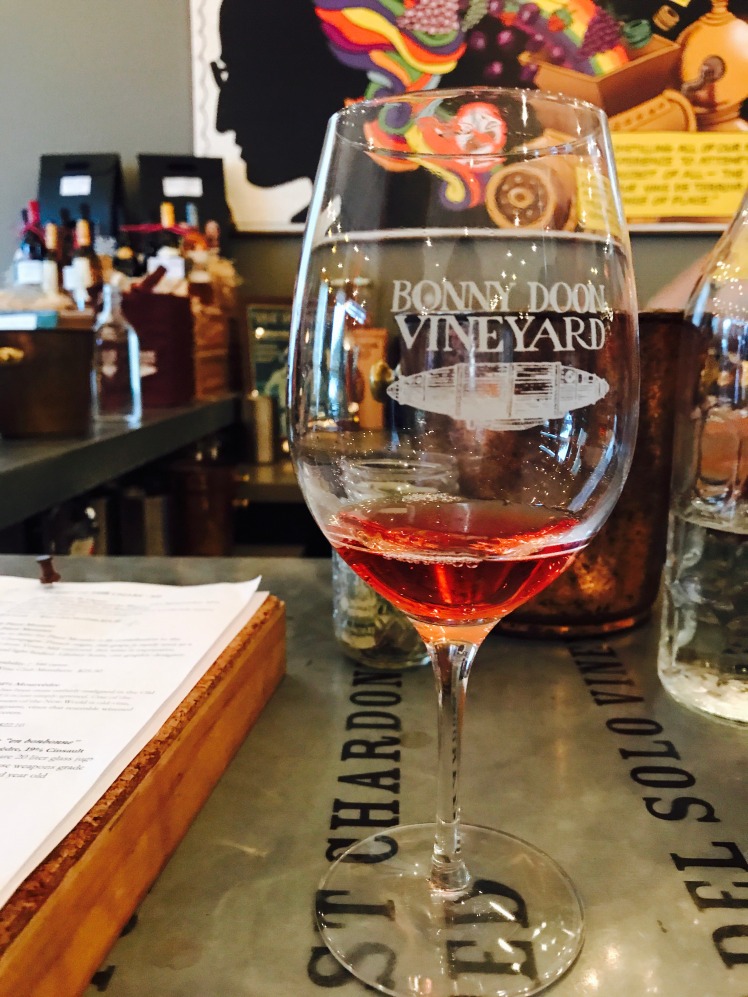 The winery was so whimsical and unique. All the bottles were cork-free and the colorful art around the winery made it feel way more fun and relaxed than some of the stuffy wineries I’ve been to. It was the perfect end to our trip ❤

I completely passed out on the ride back, and before we knew it, we were back in SF and our 3 wonderful days in Santa Cruz were over. So many fun and fond memories from this trip. These guys have really become like brothers to me, and I’m so happy I got to ring in the rest of Thanksgiving weekend with them ❤